Just a little drawing that appeared while I tried to calm my nerves during other business.  From "Three Suitors..." Which I published before thanksgiving (I think). 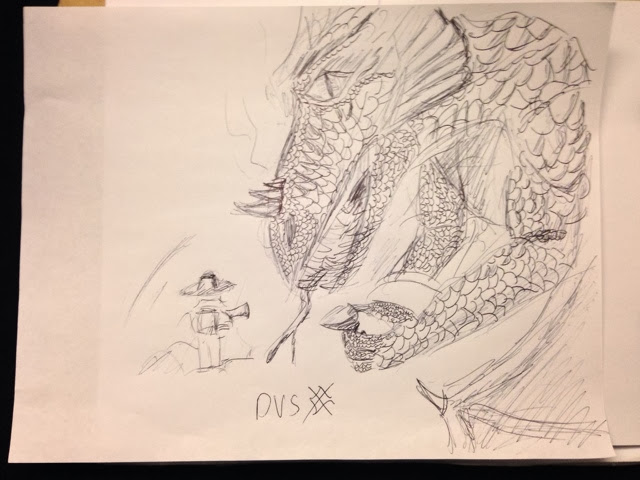 Posted by David V Stewart at 9:35 PM No comments:

Thanks for Reading!
-DVS
Posted by David V Stewart at 11:57 AM No comments:

Due to my schedule, and all the things in my personal life restricting my creative goals, it is unlikely I will be able to continue putting out content for this particular site on a regular basis, at least for the next 2-3 weeks. Thanks to everyone who has read my stuff and talked to me, commented, etc. so far. Of course, depending on the amount of downtime I have in the immediate future, I could be putting out loads of content, I'm just not expecting to have any. If I can find a way, I'll be putting up stuff from my back catalog.  Until then, enjoy a few videos that I think are inspirational, and worth watching:

Steve Vai talking about the keys to success:

-DVS
Posted by David V Stewart at 5:44 PM No comments: