Everyday Skeptic, Part 1: Why and When to be Skeptical

Please note: The video below contains the same information as the article, but in a more conversational form. Choose which format you prefer!

I. Series Introduction: Information and Expertise 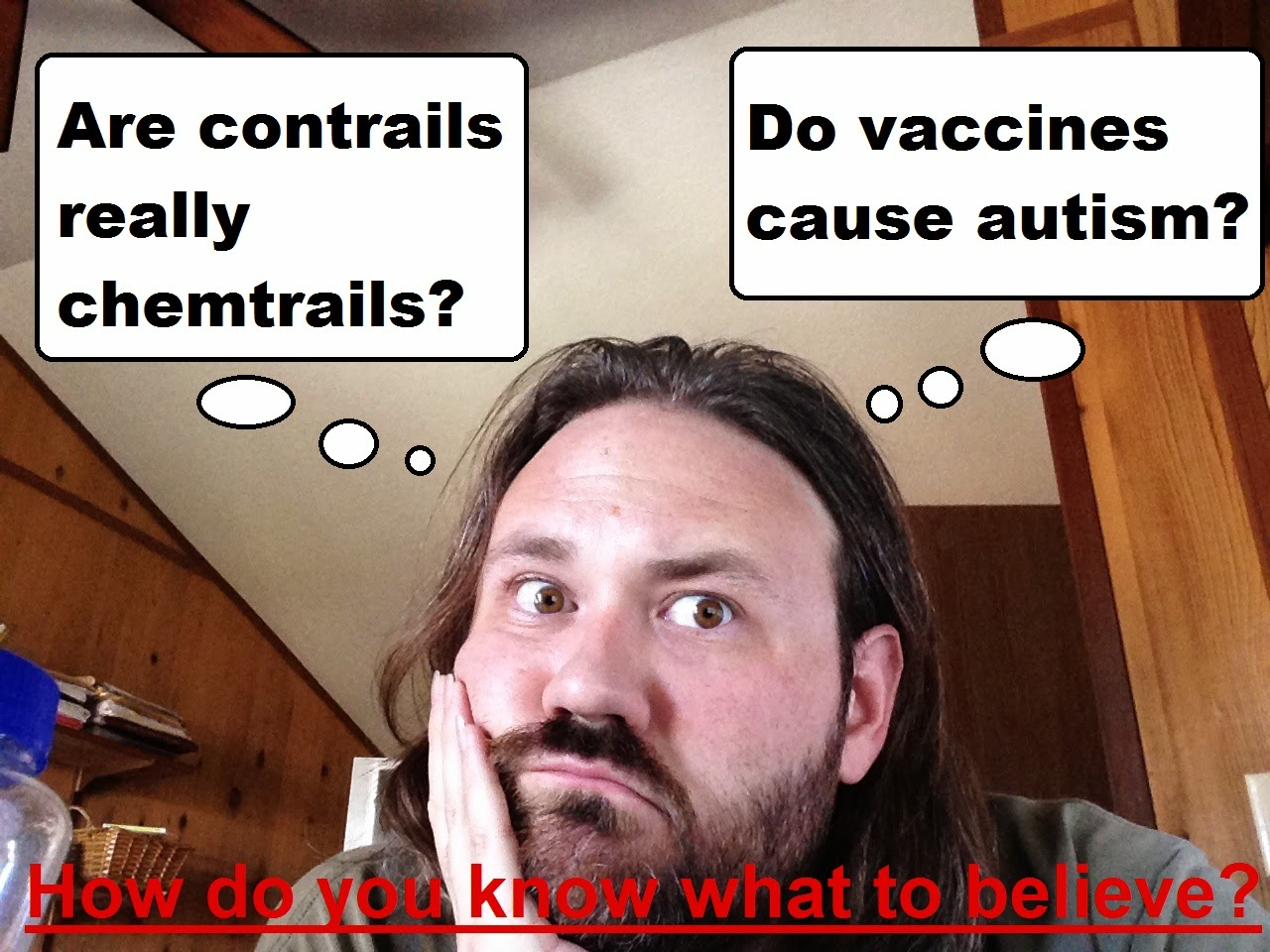 Everyday life is filled with decisions. Many of these decisions are made without knowing what the outcome will be. We rely on many things to help us make these decisions, including our own experience, intuition, assumptions how other people will act, and, the subject of this article, information from other people.
Everybody is an expert in something, but nobody, not even the super intelligent, can be an expert in everything. Each person trades the knowledge and skills he has in his own area for the knowledge and skills of other people’s areas. This is the division of labor that makes economies work, but also represents an information exchange. We trust our doctor to give us information about our health, and the doctor in turn trusts us to give him the benefits of our expertise – plumbing, teaching, even food service is an expertise – to meet his needs. Sometimes, money is involved in the trade, but often the information exchange is free and part of our friendships and social interactions. Advice about which wine tastes good or which plumber does the best job, are examples of this.
The members of the media are sort of information specialists, telling us about events that we cannot witness for ourselves. Often, however, media outlets do more than report events. They can move into areas that are well beyond news description, discussing scientific findings, political motivations, or promoting various prescriptions for action. On the internet, many such claims are made and distributed through a variety of networks, such as Facebook and Twitter, but just because something is published or claims to speak from authority, does not make it the truth. There is no media police to enforce honesty and integrity.
The purpose of this article, and the ones that will follow, is to assist the everyday person in figuring out which claims are likely to be true or likely to be false, without having to become an expert in the field. This way, we can spend our time on what matters – our own passions, expertise, and personal lives – and not on determining if a news story is true or not.

II. Three reasons we should all be skeptical

Read more »
Posted by David V Stewart at 1:58 PM No comments: Links to this post

Judgment. It’s a pretty naughty word these days. Everywhere I look, I see a message that I should “stop judging people.” Usually the act of judging is made synonymous with puritanical motivations, fundamentalist religion, or bigotry. Here are just a few articles on the matter, all of which point the finger back at the judger for his or her own failings:

We’re told not to judge people for a host of things they wear, do or proclaim:
http://hellogiggles.com/lets-stop-judging-women-tattoos

There are also acceptance movements, to help you get over judging particular books by their relative colors. Fat Acceptance is a good example:

There’s even a wikihow to help you stop:
http://www.wikihow.com/Stop-Judging-and-Criticizing-People

There seems to be a lot of social pressure out there to “stop judging,” but just what does that mean? Are such sentiments valid? Those of you who know me best know that I’m not going to just echo the sentiments of the writers above. It’s time to dig a bit deeper.
I actually consider judgment one of the fundamental ways we interact with the world and with others. Judgment is how we make pragmatic decisions, evaluate risk, and choose social relationships. Judgment isn’t always negative either. When we choose to do business or be friends with somebody, we have a made a positive judgment; we have not failed to judge.
Because it is so ingrained in the human experience, judgment is something that we are very unlikely to avoid. Doing exactly what we want and expecting nobody to have a negative reaction to it is not a realistic attitude. No matter what, people are judging you, and you are judging them. I don’t think there is anything wrong with that.

Read more »
Posted by David V Stewart at 9:48 AM No comments: Links to this post

Violence: The Kind of Work You Don't Want to Bring Home

Note: this article is opinion, reflection, and analysis, not authoritative accounts of factual events. Source material should be used for citation, not this article, except as it pertains to the opinions of the author.

Rarely do I step outside of my usual fiction-philosophy mode of content for this site and do current event topics, but an interesting story popped up on my radar from my former home of Las Vegas. It seems that a professional MMA fighter promoted through Bellator MMA who calls himself “War Machine” (allegedly) severely beat his girlfriend, porn star Christy Mack, sending her to the hospital. He is now a fugitive and wanted by the LVPD, which hasn’t stopped him from making a fool of himself over twitter. Before I dive into some analysis, some philosophical discussion, and some practical advice, let’s have a quick rundown of some of the facts.

John “War Machine” Koppenhaver (For more, try Wikipedia):
“War Machine” is the legal name of the fighter in question. His birth name was John Koppenhaver. He changed his name legally in 2008.
War Machine fought on the Ultimate Fighter series under his birth name. He was eliminated in the first round.
His father died when he was thirteen, while Koppenhaver attempted to revive him using CPR.
He has been convicted of numerous assaults. He has received probation and was also sentenced to a year in prison in 2011.
War Machine performed as a pornographic actor in more than 12 films and has worked at a gay nightclub. He was also accused of assaulting people at a birthday party for a pornographic actress.
After being trolled by users of 4chan in 2013, he punched himself numerous times in the face. (source-video below)
He began his relationship with Christy Mack by stalking her over twitter. She eventually responded to the advances. He is ten years her senior.
He has a tattoo of “Mack” on the front of his neck for his girlfriend. 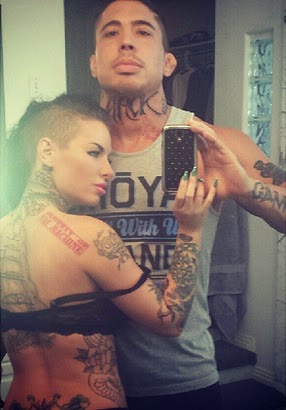 Read more »
Posted by David V Stewart at 1:48 PM No comments: Links to this post

Recently I wrote a short creative piece called "Echobox" that is part poetry, part realistic fiction and part fantasy, which explored through eyes of a young boy people's interactions with video media, specifically television. It reminded me of a poem I wrote nigh on ten years ago, called "Narcissus." The poem was intended to be read while listening to a selection of music played on a solo instrument. It was part of a cycle of similar pieces I performed called, "Solipsist." This particular part of the cycle was intended for string bass, an instrument I played in my younger days but have since given up. The studio recording for this poem/music piece was, alas, lost when the laptop I used for recording suddenly ceased to operate. As such, the Solipsist album remains incomplete, with the only live performance having been recorded by a third party at extremely low fidelity and volume. In the near future (once I replace some failed studio equipment) I may reconstruct and re-record the music. For now, here is the poem. 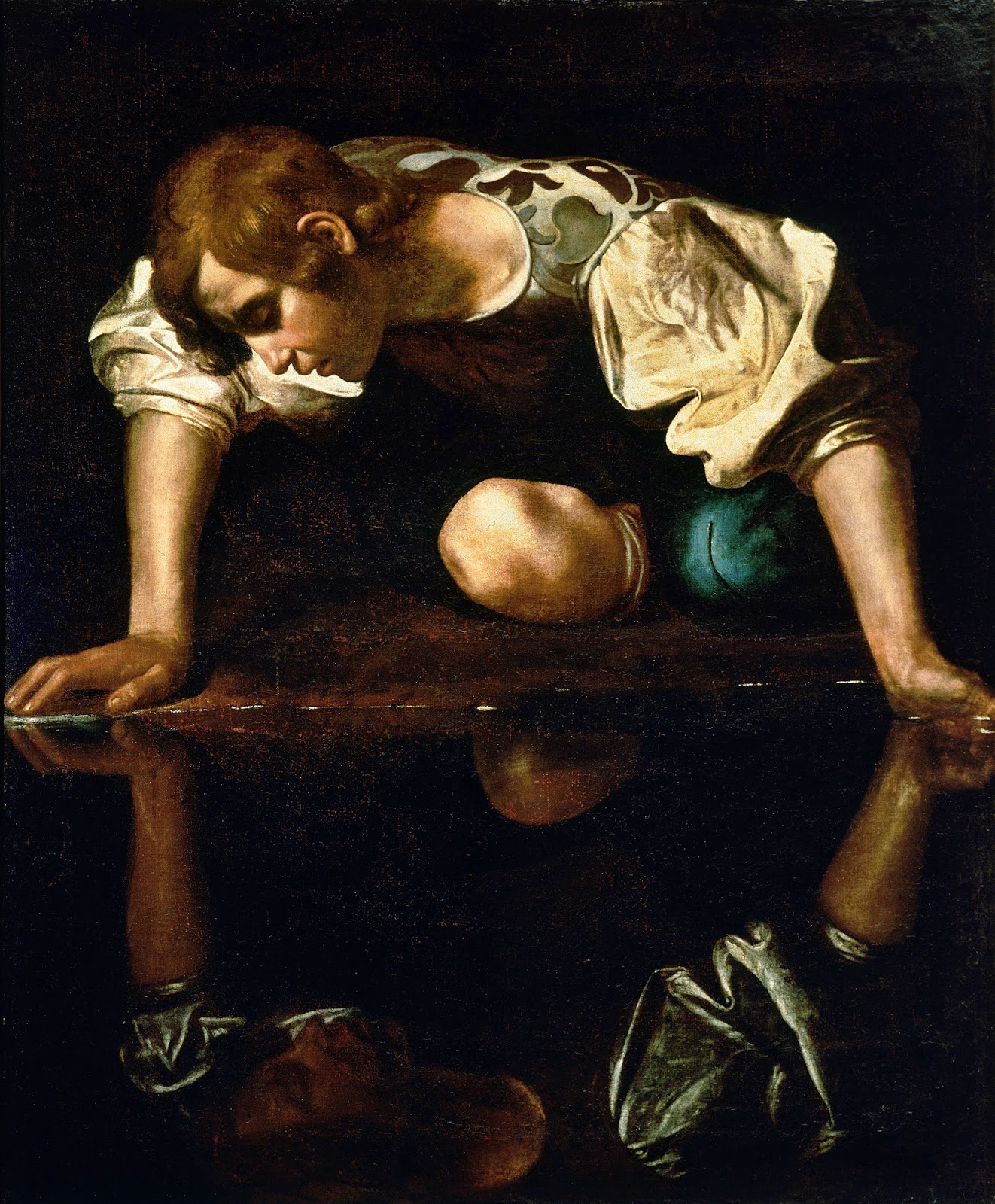 To peer into the cool pond
To forget man, woman,
And god (Poor echo!)
At the beckoning of Nemesis

I crept over the mossy bank
And saw peering back at me
Like a vision of poor echo’s lament
Not the beauty she sought,
But a monster!
Vicious, ugly, tormenting.
Eyes turned inward
Scowling, raging, forgetting.
Nemesis of my Nemesis.

Poor echo!
How did she come to love
One such as this, or
Did she love another,
Who came before this horrid creature?

I reach out to kill it
To end its misery and the misery it inspires
And shall make it a monument
In remembrance of horror.
As we remember
Poor weeping echo
Left forgotten,
Never known.

Posted by David V Stewart at 6:30 AM No comments: Links to this post 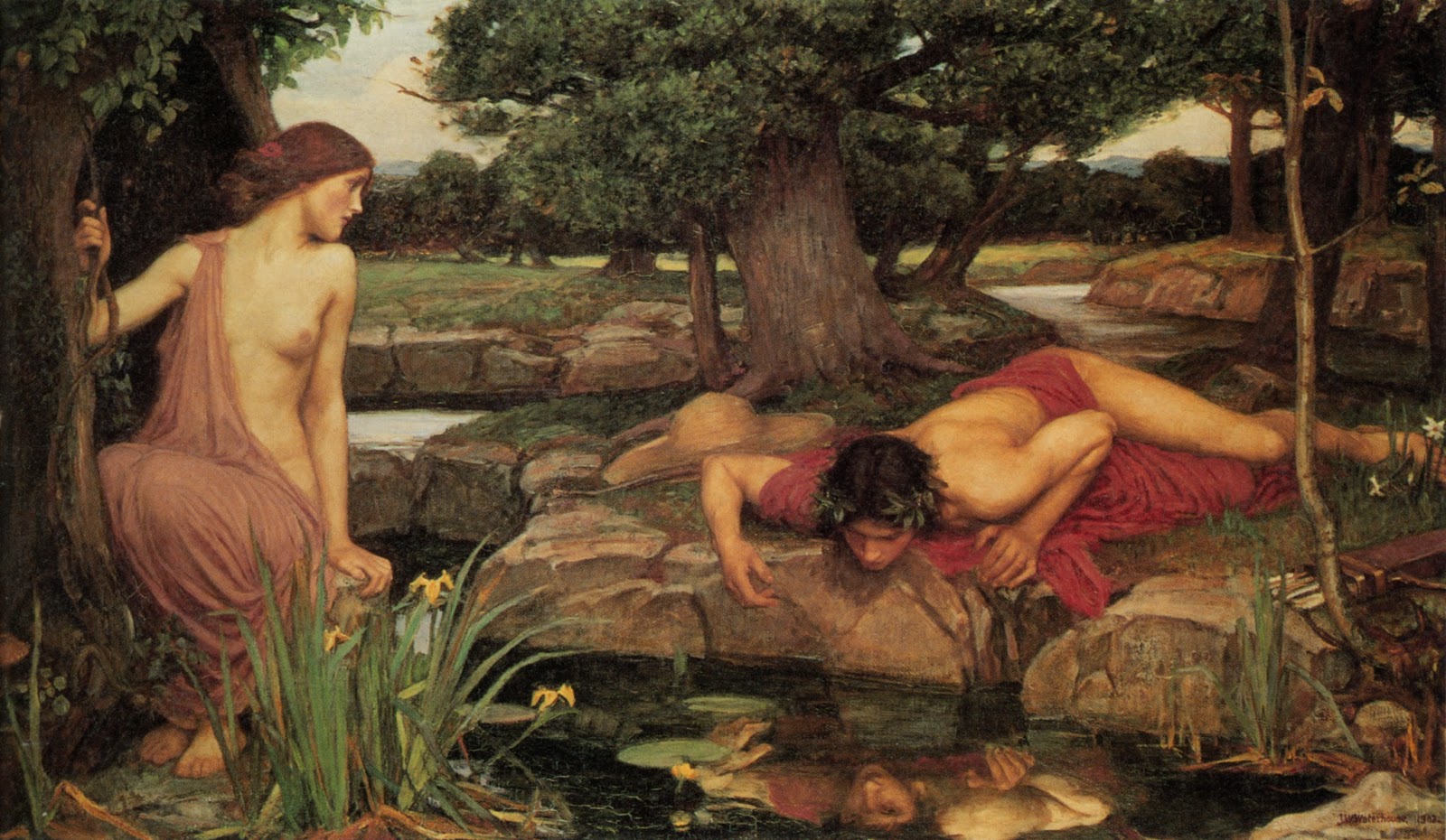 Zion! Zion! To Zion we shall go! Infidels cannot hold Zion against its rightful heirs!

Billy sat and played with his toys. Mother’s echobox was on again, firing its angry nonsense words down the hall. It seemed like it was always on, even when she slept. He wanted to close the door, but he knew if he did, he would get in trouble. She would take away the toys.
Billy… What a stupid, average, nothing name, he thought as he piled brick upon brick. Slowly the castle he held in his small mind would take its recognizable shape in the physical world. He had run out grey bricks of the correct size, and so had to fill in some gaps in the castle wall with blue and red, but he didn’t mind. He imagined that they were decorations put there by the powerful king who built the castle. He saw two of the blue bricks next to each other, and an image popped into his mind.
A wolf.
He tore down the wall and started building again. This time, the blue bricks formed an image in the wall, of a blue wolf with red eyes (formed by a few small red bricks).
No king was ever called Billy. He pulled one of the little men from his chest. He put a crown on him. William. King William Wolsfbane. He put the little king on top of the wall. He imagined the dull, brown carpet of his bedroom was an expanse of wilderness before the fortress.
The dark army of Abaz will have to get through all these wastes to assail these walls. These wastes… they are our home! William the boy put more men on the walls. These he armed with spears and axes and shields. They were smiling. Men at war do not smile, unless they are certain of victory. Abaz will destroy himself upon these walls! He cannot wrest this sacred land from us! We are the rightful heirs of the soulforge. Our blood is in everything –even the rocks are our kin.
“Billy!”
He looked up. His mother was standing at the edge of the room. How long had she been there?

Read more »
Posted by David V Stewart at 5:26 PM No comments: Links to this post